Get Help & Feedback.
Join our Discord community where you can get support 24/7.

Want to make huge-sounding beats that people can't help but dance to? Making great beats is about so much more than just writing in notes on a piano roll or jamming out on a drum pad. From Dilla to Diplo, Quincy Jones to Com Truise, or Fly-Lo to Flume, electronic beats have come a long way — and these days are funkier and deeper than ever.

In this six-week course, Ableton Certified Trainer Dan Freeman takes you on a comprehensive tour of Ableton Live's drum programming capabilities. Each week, Dan will guide you with in-depth videos, illustrations, and activities. You'll practice laying out simple beats, manipulating them with effects, creating break beats, humanizing and randomizing them, and other pro tips for creating bigger, better beats.

*Note: While not required, a basic familiarity with Live will help with this course. This course is all about making beats, rather than a comprehensive overview of the software. 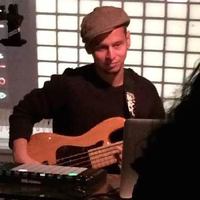 Originally from Boston, Massachusetts, Dan comes from a bi-cultural background: his mother is Nicaraguan and his father American, so he grew up exposed to a rich variety of music. He graduated Harvard University, and came to NYC to be a session bass player and performed throughout North America, South America, and Europe in venues ranging from underground Brooklyn loft parties to Broadway pits and Carnegie Hall. He also played keyboards for the RCA Records’ rock group Stellastarr*. In 2008, he formed the electro funk digital music and art collective Comandante Zero (CØ). CØ developed techniques for fusing live acoustic instruments with laptops running Ableton Live and created their own unique hybrid set as well as serving as a backing band for various artists including Polina Goudieva and Virgin Records’ artist Xavier.

Currently, Dan has a production studio in Gowanus, Brooklyn where he mixes, remixes electronic music and writes for film as well as performs with his electro funk digital art and music collective Comandante Zero (CØ). Dan has designed curriculum centered around Ableton Live for several institutions. Previously he served as a senior instructor at New York City's Dubspot where he taught electronic music production and headed Dubspot International. He is currently on the faculty of New York University’s Clive Davis Institute of Recorded Music where teaches producing music with software and MIDI. He also curates the Digital + Acoustic Sessions, a monthly event in Brooklyn, New York at ShapeShifter Lab that features artists using Ableton and live instruments in cutting ­edge new ways.

In 2015, he founded the Brooklyn Digital Conservatory, a platform that brings top digital music producers/performers and educators to emerging markets in Latin America and Asia for courses and performances. Since its foundation, the Brooklyn Digital Conservatory has run workshops and courses in Chile, Costa Rica, Italy and Colombia with workshops scheduled in Guatemala, Nicaragua, Panama, Brazil, Argentina and Mexico for 2017.

You can find out more about Dan here: www.danfreeman.com.

More About Dan
Less About Dan

Take this course for as low as $19/month with a Soundfly subscription, and get access to all the creative courses we offer, and much more. Cancel anytime.

Subscribe Now
Want to work on this course with 1-on-1 support from an expert mentor? Request a mentor through our
custom mentorship program here.

By the end of this course, you’ll have everything you need to be able to make more dynamic, interesting, well-designed beats in Ableton Live.

We explore a few different ways to create interesting beats with the Drum Rack instrument and other Live tools.

Give Your Beats a More Human Feel

We go through how to use velocity, randomization, and other tricks to make your electronic beats sound more human.

Get Creative with Sample-Based Beats

We show you the classic art of creating breakbeats, and how to use samples to create more unique music.

Shape Your Drums with Sound Design

We explore how to use EQ, compression, and other effects to let you get more creative with your sounds.
Subscribe To Start Learning

SUPER-CHARGE YOUR LEARNING WITH SUPPORT FROM AN EXPERT

Add a custom mentorship session on top of your course subscription to work through the material one-on-one with an expert mentor. Get a more personalized experience featuring weekly calls, feedback, additional resources, and more. Tell us about your goals below to learn more. 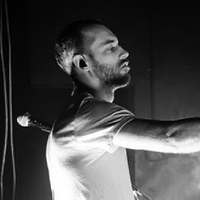 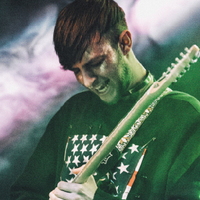 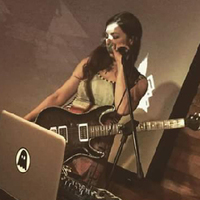 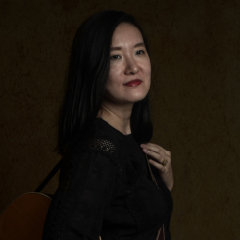 “I got more out of one course with you, than I did enrolling in a Bachelor of Music (which I subsequently quit due to being disappointed at their curriculum!)” 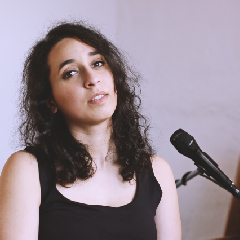 “By giving me the right tasks my Mentor helped me to come up with ideas to create the perfect values and tones for my musical story. Though the program is over, my mentor still feels like my accountability-partner which gives me an ongoing, encouraging drive.” 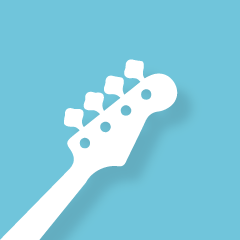 “I just wanted to let you know that I am really enjoying the Beat Making in Ableton Live course! My Mentor has provided me with very informative feedback, "how to" instructions, musical examples, etc. for me to draw upon in my music production journey. This is definitely one of the best online courses I have taken.”

What will I learn in this course?

Are there any pre-reqs?

There aren't any course prerequisites, but you'll need a copy of Ableton Live. While beginners to Live are welcome, it's important to know that this is not an introduction to Ableton Live course, but rather focused very specifically on beat making, so you might need to reference Live's documentation occasionally or ask for help. If you don't have a license you can follow along with the free demo.

How long does this course take?

This course was designed to be completed in roughly six weeks, assuming students would have a few hours a week to spend on it. Each "week" includes a certain section and challenge activity for you to take on. That said, that timeline is just a casual recommendation — you can choose to blow through it all in one sitting or take a year with it, if you'd like.

Is there a specific start date?

You can start the course anytime. If you'd like more accountability and guided feedback from a professional, you can request to work through the course and your own goals with a Soundfly Mentor for four or six weeks, and get a more personalized experience for a specific period of time.

How many lessons are there?

What do I get if I enroll as a subscriber?

As a subscriber, you'll get unlimited access to all the course content on Soundfly.com, including this course and all our other premium courses, to go through at your own pace. This includes all the videos, tutorials, demos, quizzes, activities, downloads, and other materials within our courses. You're also entitled to a 25% discount on our custom mentorship program, you will be invited to join our exclusive community Discord group, and you'll have access to exclusive discount perks courtesy of our partner brands. You can cancel anytime.

You can find out more about subscribing here.

Can I take this course with a mentor?

Yes, absolutely. If you would like to go through the course with support, accountability, feedback, and guidance from an expert, you can request a mentor by filling out this form. A Soundfly staffperson will reach out within 48 hours to learn more about your goals, your music, and your skills level, and pair you with a mentor who can help you achieve your next musical milestone. Our mentorship program is our science-backed learning model designed to help you learn more efficiently and effectively. Your mentor will tailor the course to your experience and interests, offer detailed weekly feedback on your work, answer any questions you have, help you blow past obstacles, and keep you on track to accomplish your goals.

You can find out more about mentorship and our expert mentors here.