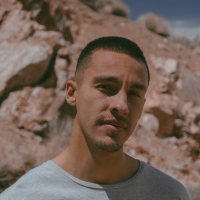 Producer, mix engineer, composer. Music has an incredible power to heal, uplift and inspire. Sharing my knowledge and experiences is my way of giving back the transformative influence that music has been in my life.

Brandon Miranda is a Los Angeles-based artist, producer and mixing/mastering engineer. Trained under songwriter Lovy Longomba (a former assistant of Dave Pensado) as well as a previous assistant engineer for OWSLA, Brandon possesses unique expertise that span numerous genres and disciplines of music. As an engineer he has credits for artists including NoCap and TiaGold, has worked as a lead engineer for Diddy’s Love Records and is currently on staff for Mike Caren's "Artist Publishing Group" (Charlie Puth, Bazzi YoungBoy).

As a producer, Brandon specializes in writing music for synch licensing. He and his team OatMilq Music have secured placements in episodes of The Game, Finding Happy, and Netflix’s Selling OC and composed the back score for Mark Zuckerberg’s Metaverse announcement in 2021. Having partnered with top licensing agencies including SqueakE. Clean Studios and Farquhar Productions, Brandon possesses rich and extensive experience in the synch world.

Along with his creative endeavors, Brandon has a deep passion for music education. He has spent the last 6 years giving back through teaching, which opened the door to his current role as a host and instructor for KSHMR's platform “Dharma Worldwide”. Brandon’s tutorials on "The Lessons of Dharma" have received support from an international audience as well as top publications including EDM Identity and both ASCAP and BMI newsletters.