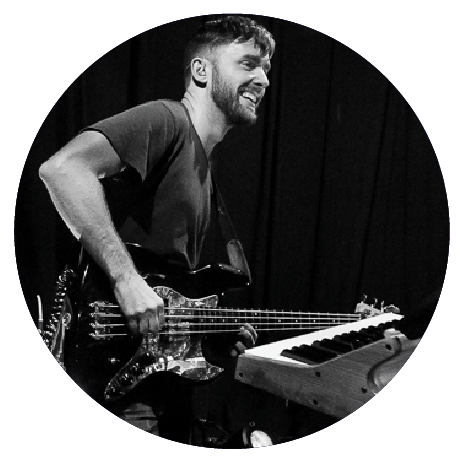 Martin is a composer, producer, and bassist with his hands in a huge variety of musical projects. He's produced music for acclaimed podcasts such as This American Life, Limetown, and The Spark, and written for various artists and production houses. He's recorded and performed all over the world with acts such as VÉRITÉ, the PLS.trio, Arthur Moon, Emel Mathlouthi, and other NYC-based artists, and produces original electro and house music and remixes as MDFX, and trap/jungle/bass music and remixes as WNNR. He's also written lots of the music featured in Soundfly videos!

One of Martin's most memorable musical moments happened while working on the score to the indie film Experimenter, composed by Bryan Senti. During the recording session, Marty was asked to re-voice and notate a section that involved a lot of string harmonics — one of the toughest things to notate given all the math of matching which note works with which harmonic and which finger hovers where. Marty dove in head first and got it done, despite biting his nails the entire time — and in the process learned not to be afraid to put it all on the line for the music.

Martin hopes to help all of his students tangibly further themselves as musicians, as well as meeting the goals of the course. He says the most important advice he ever got was to only speak when you have something to say — a lesson he applies to music.