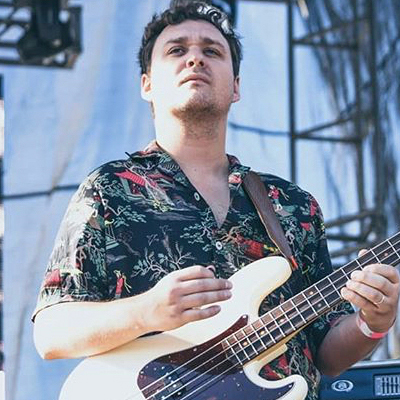 Producer, composer, educator. I love helping students build the skills they need to find their own musical identity.

Carter is a bassist, composer, and producer with a wide ranging musical background. He is also the host of Soundfly's podcast "Themes and Variation." He has been fortunate to work with artists like Shea Rose, Moruf, Ari Stidham, Jesse Boykins, and was an original member of The Marías and Tiger Speak. His performance career has taken him to fesitvals all over the world including The Brooklyn Hip-Hop Festival, Tropicalia, The Kamopoeng Jazz Festival, and Coachella Music & Arts Festival to name just a few.

Carter holds a diploma from MacEwan University and a degree from Berklee College, both in Music Performance. Outside of performing and producing, one of his biggest highlights was helping to build the LOUD Program as it's Director. LOUD is a non-profit after-school music initiative that provides underpivileged students with instruments and performance opportunites; and under Carter's directorship, the program blossomed from serving just 3 schools to serving 15 and over 300 students each year.

Having a strong foundation in theory and harmony has allowed Carter to find the right peices to make a song or performance great. He aims to open the creative doors to all of his students so they can develop their own voice in their compostions, productions, and playing. You can work with Carter on your understanding of chord progressions and music theory, as well as beat making and DIY production.