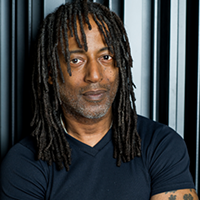 Producer, songwriter, composer. I believe passing on knowledge and cultivating creativity is the key to advancing our craft.

Ian Prince studied classical piano at the Royal College of Music in London, as well as violin and percussion. At 17, he signed his first professional contract as a songwriter with EMI Music. Honing his songwriting chops in EMI's London, New York and Los Angeles studios, he soon had songs recorded by major artists at the time (Jermaine Jackson, Earth,Wind and Fire), and won a Grammy Award in 1989 for his work as a writer, arranger and keyboard player on Quincy Jones’ multi-platinum album, Back On The Block. He also had two top 20 US Billboard hits in the '90s as a writer/producer, including a Billboard Pop Number One single.

When he began his career, Ian had to gain experience in real studios working with real people, writing and producing countless songs. His passion to pass on his vast musical knowledge comes from those experiences early in his development. "When I started, I would have given anything to be able to work with someone who, like myself now, has worked with major artists, labels, publishers and managers over the last 30 years." Ian truly believes that it is now his responsibility to give back to musicians and artists with that same drive to get better at what they love.