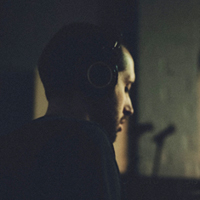 Producer, drummer, educator. My aim is to help demystify each student's individual path toward becoming the music creator they want to be.

Joey Lefitz is a multi-instrumentalist composer, beat maker, and educator residing in Los Angeles. He moved back to his native LA after 5 years living and working in New York City as a freelance drummer and musical accompanist at The New School and Martha Graham School of Dance. He graduated from Berklee College of Music and the Global Jazz Institute.

Through his work as a drummer and producer, he's been fortunate to collaborate with many artists over the years inclduing Diane Coffee, Kadhja Bonet, Jarina De Marco, Keith Rice, Hailey Niswanger, and Tracee Owo. Joey also makes his own beats under the moniker, j lef. In addition to original music, he's contributed home-recorded and produced tracks to cues for shows on NBC and Netflix, software by Output, and various TV commercial projects. He also regularly performs alongside top-tier session musicians in and around LA.

As a seasoned instructor and tutor, Joey combines his wide range of experiences in the music industry with a clear communication style to help students of all ages identify and follow their unique paths forward.

RJD2: From Samples to Songs

Learn how to create and arrange original, sample-based music with sampling pioneer RJD2.