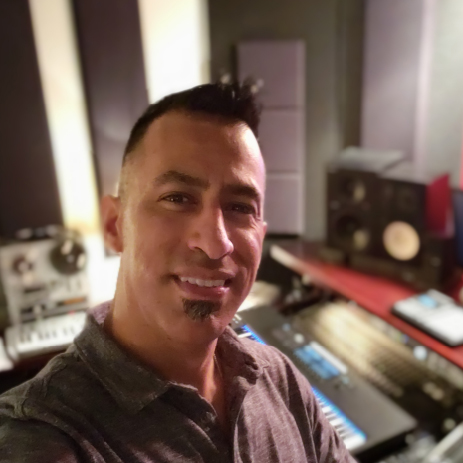 TV/film composer, producer. You are the future, music’s legacy and I’m excited to be a part of your journey into the world of creativity. I’ll be here for you, sharing my knowledge, experiences and insight to guide you along the way.

Rafael Torres is a professional and decorated composer, audio engineer, and music producer who has contributed music to hit TV shows such as: "Jimmy Kimmel Live! (ABC), "Big Brother" (CBS), "American Ninja Warrior" (NBC), "La Voz (the Voice)" (Telemundo), "Keeping up with the Kardashians" (E! Channel), Russell Crowe's film The Next Three Days, FoxSports, and over 4600+ official cues to date. Rafael has composed music for award winning production companies such as Universal Music, Ole Music/Music Box, and Vanacore Music Inc., which is known for providing soundtrack music to hit TV shows like "Survivor," "The Apprentice," and "Wipe Out," to name a few.

Rafael studied engineering and production at the Institute of Audio Research in New York City, and has been making music and sound design in an extremely wide variety of genres and styles ever since. He has released Billboard charting records on labels such as SONY/BMG, WEA, Tommy Boy, and Cutting Records, and has worked with artists and executives at Motown, Def Jam, UBO, among others. Since 2001, Rafael has shifted to work primarily in the movie and TV industry creating original music for sync placements on some of television's biggest shows and some feature films.

As an educator, Rafael has taught and designed recording and production class curricula for the International Academy of Design and Technology in Orlando, and the Harrison School for the Arts in Lakeland, Florida.

Check out Rafael's IMDB page to view his impressive list of sync placement credits, and head to his website to view his latest media reel.